Is what I mean.

Jamie Cameron in action at Gorrick 12-12

Jamie placed 3rd in the solo event at the Gorrick 12-12 over the first October weekend, flying the quickerbybike flag. 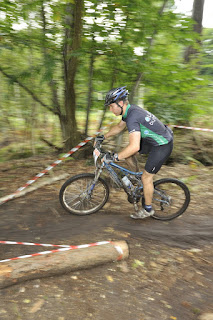 Next season quickerbybike.com will be a registered club, with a few riders representing us at mountain bike events, time trials and triathlons.

Posted by quickerbybike.com at 05:02 No comments:

How long can you go without re-fuelling?

I confess I have a car. However, I'm trying to abandon it. The last time I went to use it, the handbrake was rusted on so now I leave it off.

Two things are driving me to ditch my car. The first is a childish and geeky sort of competition I'm having with myself to see how long I can go without having to stand guiltily at a petrol station, pumping fuel into the thing. I filled it on Monday 29th September - anyone wanna compete with me for the longest interval before re-filling?

The second reason is a genuine reluctance to be in a car. I feel such an idiot these days when I find myself either stuck in traffic or spending £50 on fuel. In fact even a hassle-free car jouney feels wasteful to me these days. Plus I properly enjoy being on trains and busses.

I hope someone will compete with me on the fuel thing.

M
Posted by quickerbybike.com at 05:15 2 comments:

We want to get more kit out there on bums (and less in here under my desk).

In the mens there's lots of small, medium and large and XL but no XS.

There's XS, S and M in the ladies Singletrack shorts and liners.

There's still plenty of lycra kit in the s, m, l but no xs or xl, except for girls.

My normal commute is out from town but sometimes, like yesterday, I ride towards town with all the other cycle commuters.

If you think other riders are riding badly, you should go and talk to them, I reckon.

I hollered at 6 riders yesterday who'd run red lights. I also made a point of catching up with, patting on the back and chatting to two guys.

It's always going to be difficult because nobody likes being preached to / told they're wrong but I think you have to have a go.

Be super friendly about it but say something. Shout something if you have to, even if it's only "red light!" Best to avoid "red light *!#*" as that's not very constructive.

Anyone agree? There is a dearth of comments to these threads. Leggy, any do-gooding on your commute?
Posted by quickerbybike.com at 03:27 7 comments:

Girls keep telling me they'd rather have non-bibshorts, so that's what I'll order next.

New girl-specific baggy shorts are also in and well-liked.

A few girls have mentioned they'd prefer 3/4 length. If this is a general consensus, would more people email me to say as much please?

New rucksack covers are also here. Just like the photo below but with the logo big across the back.

Photos of all the kit will be up soon.
Posted by quickerbybike.com at 05:52 No comments:

There's a big batch of the new Endura lycra kit on it's way, due 16th July.
Shorts £41, Jerseys £35. All shorts are bib shorts but there are girl-specific pads for the girls.

I'm a bit stressed that all the kit is expensive. This is 'cos it's good cycling kit for people who expect to ride a lot.

The rucksack covers might be the answer. They're on their way and I hope they'll be under a tenner. You'll have to use your imagination, they're like this but with the quickerbybike logo across the back: 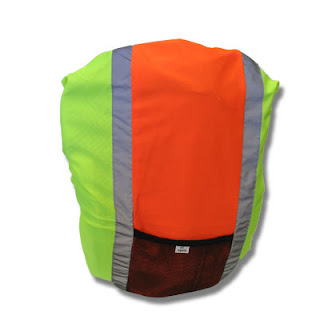 Posted by quickerbybike.com at 09:39 No comments: 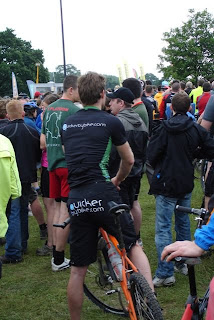 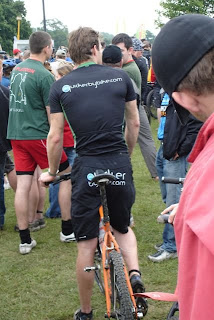 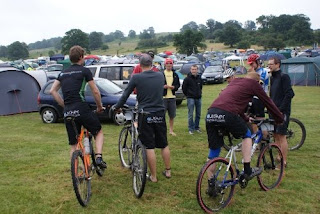 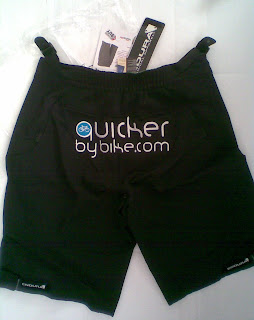 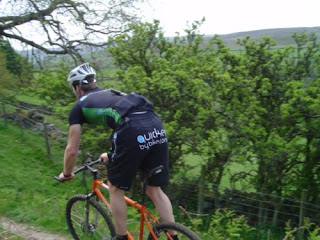 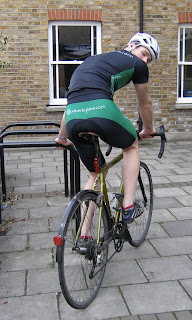